On Friday, December 24, 1677, Engel Kaspers walks with her
child from Finsterwolde to Beerta to have her child baptized.

She calls him: Kasper

The pastor writes in his church book: Baptized December 24, 1677
Engel Kaspers calls her child Kasper, where it actually is
Finowolt was born, the father is not known to bless, but said agreement.

In a sales contract I come across that Kasper Jans has inherited a house from his
half brother Thies Jans, which he sells. As a result, he can probably help his sons to buy a farm.

He married Elle Jans at the age of 40 and they had at least two sons, Jan Kaspers and Thies Kaspers. 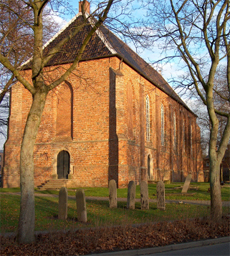 Thies then lost his wife and two daughters and later married again Ettjen Elzes Hazelhoff, daughter of the Viscount van Wedde. During the marriage Thies takes the name of Hazelhoff.

If a name is to be adopted in 1811, they choose Reinninga. I once read an explanation that Inga is a river and speaks cleanly for itself. Reinne river

Around 1783 they are active in agriculture, such as Houwe Jans who also buys a farm in Beerta.

Later you see the profession changes in farmhands and many carpenters.

Similarly, Harm Reininga son of Hindrik Reininga and Grietje Rosenboom. His father was also a carpenter. But Harm did not like it in the Netherlands and emigrated to America at the age of 20 (1882) He built an empire there and as described in "The Oak Parker" a newspaper of April 26, 1919, many marking buildings are in the area built by Herman Reininga.

Or as Jan Reininga and his wife Jakoba with their three small children left for New America in 1912.

Whether Cornelius Reininga who marries an English in Den Helder, was that sailor or in the navy, does he perhaps have children in England?

There is a lot to tell about the Reininga family and perhaps you have become as enthusiastic as I am and you also want to know more about the past. Do not hesitate to contact us.

Because: The past determines the present.